skip to main | skip to sidebar

Disney Family museum! We were really there honest! 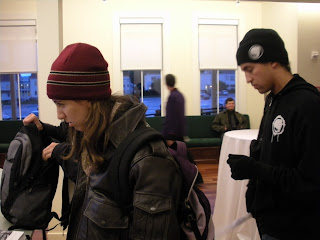 It is unfortunate that the pictures came out so blurry. But here is myself and Ryan (also in your class but I cannot recall how to spell his last name) at the Disney Family museum. Sorry the picture looked readable from the preview screen and I have a blurry picture of the building. We should get 20 points for just finding the place. We were suppose to go at 11am but we got lost and didn't arrive until 2pm. Its on an old army base and we never would have found it on Saturday because apparently there is no shuttle to the building on weekends! Oivey! I eventually hailed a cab and even he had to use GPS to find the place! And they didn't allow photography as these museums never do. I would have had an easier time finding the lochness monster having tea with big foot! Ryan and I really earned this extra credit of that I am certain. 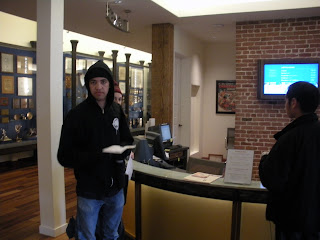 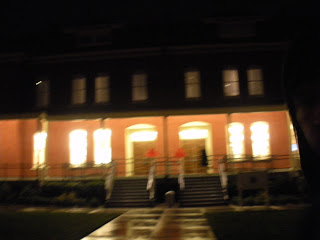 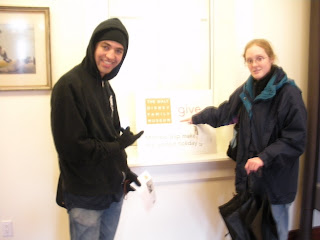 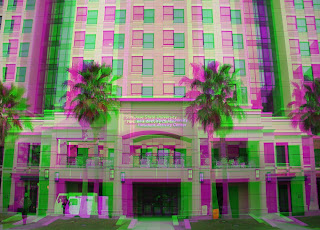 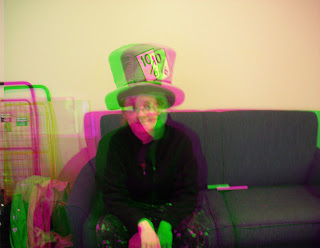 Okay here is a picture of me in my dorm on campus in 3D! 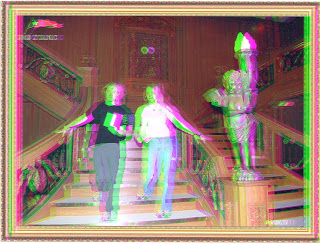 And this isn't on campus but I just thought it was awesome.
Posted by Kathleen O'Brien at 10:44 AM 1 comment:

Lighting a Scene in Maya 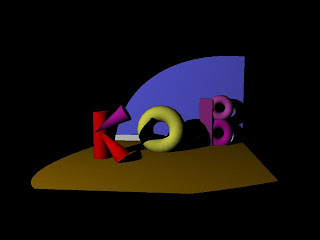 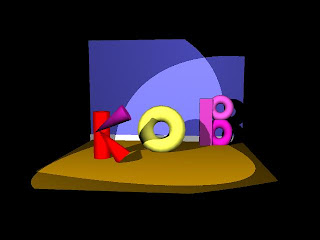 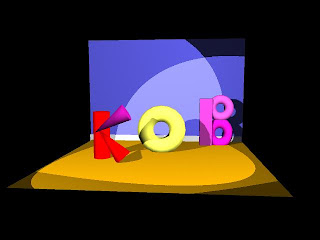 Building a Scene in Maya 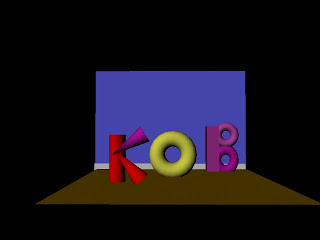 Built this in Maya
Posted by Kathleen O'Brien at 2:12 PM 1 comment: 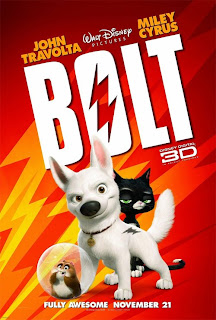 I. Introduction-Bolt the Super dog
a. The movie business’s livelihood is based on suspending the belief of its audience. Elaborate on this.

b. In the CGI animated movie Bolt one can see many examples of physics inconsistency with reality in films. Beginning action sequence

d. Path of action and arcs

b. A lot of power in a small thing

c. Does Bolt ever get tired? He’s run’s faster than cars.

f. Fairly certain that if a motorcycle falls from great height at top speed there would be a risk of the bike and its rider breaking.

b. Acceleration and air resistance- dangers at such speeds unprotected

c. Bolt’s head VS wall – a little dog’s head would smash against cement wall not break it.

IV. Path of action and Arcs
a. Weird flight path of car-flips like normal and then goes flying forward yards before landing. (It probably also should skid)

b. Bolt’s head is the pivot point and the car should stay true to that.
c. The car slows down mid-flight before speeding up again but this is probably slowing down the camera for dramatic purposes.

d. Unbelievable air time-Bolt jumps over a helicopter- and lands yards away from simple jump. He should not be able to jump that high. Contrast from Comedy jump later on- arc doesn’t add up.

a. A white German Shepard holds a car over bridge in his mouth with little to no sign of struggle.

b. Realistically even if Bolt could hold up the car he would need to lean back more to counter the weight.

c. If bolt is this powerful – What is his actual weight? It is hinted at when he land s on surfaces.

d. If he’s that heavy how does he move so fast in such a short time? Heavier objects take longer to accelerate.

a. Summarize the essay.

b. Restate the thesis